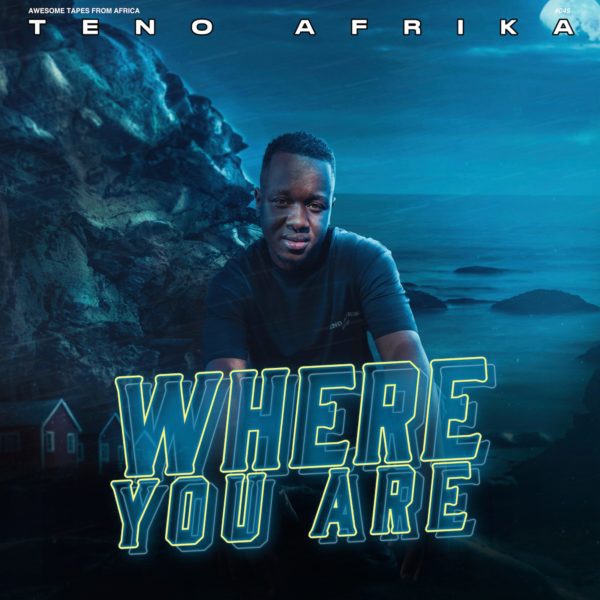 Teno Afrika | Where You Are

Teno Afrika’s 2020 debut Amapiano Selections drew an international wave of support sparked by the producer’s deftly minimal take on the emergent style. Amapiano combines the South African predilection for deep house alongside a melange of endemic influences like kwaito, jazz and gqom. The 20-year-old’s new crop of songs Where You Are expands on his rhythmic subtlety hooded in warm bass adorned by amapiano’s telltale shakers, hi-hats and mid-tempo shuffle.

Lutendo Raduvha hails from Pretoria, South Africa, where he produces music incessantly and DJ’s parties around Gauteng province. He hangs with a crowd of musical friends, many of whom join him on Where You Are. For his second album Teno Afrika brings more vocalists into the sonic picture, unlocking an emotive and timbral escalation to his rapidly mushrooming catalog of work.

Singers Leyla and KayCee feature on the title track and “Fall In Love,” respectively. Regular cohort Diego Don joins for two driving, pad-propelled works of significant vibrancy, “SK Love” and “AK Love.”  The album’s dramatic closer “Duma ICU” features another returning collaborator, Stylo MusiQ, who helps bring an icy, almost cinematic conclusion to a slice of the sound Teno Afrika is pushing at the moment. There’s a palpable feeling of not knowing where the young producer might go next.