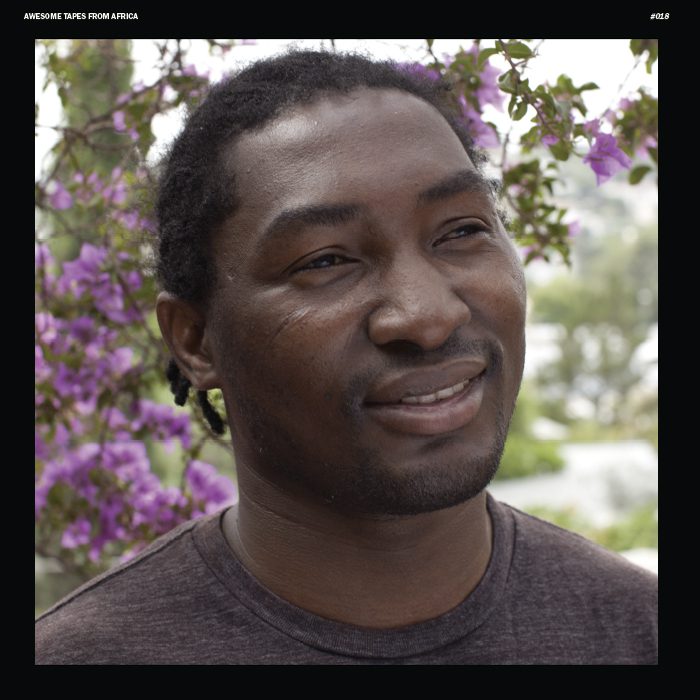 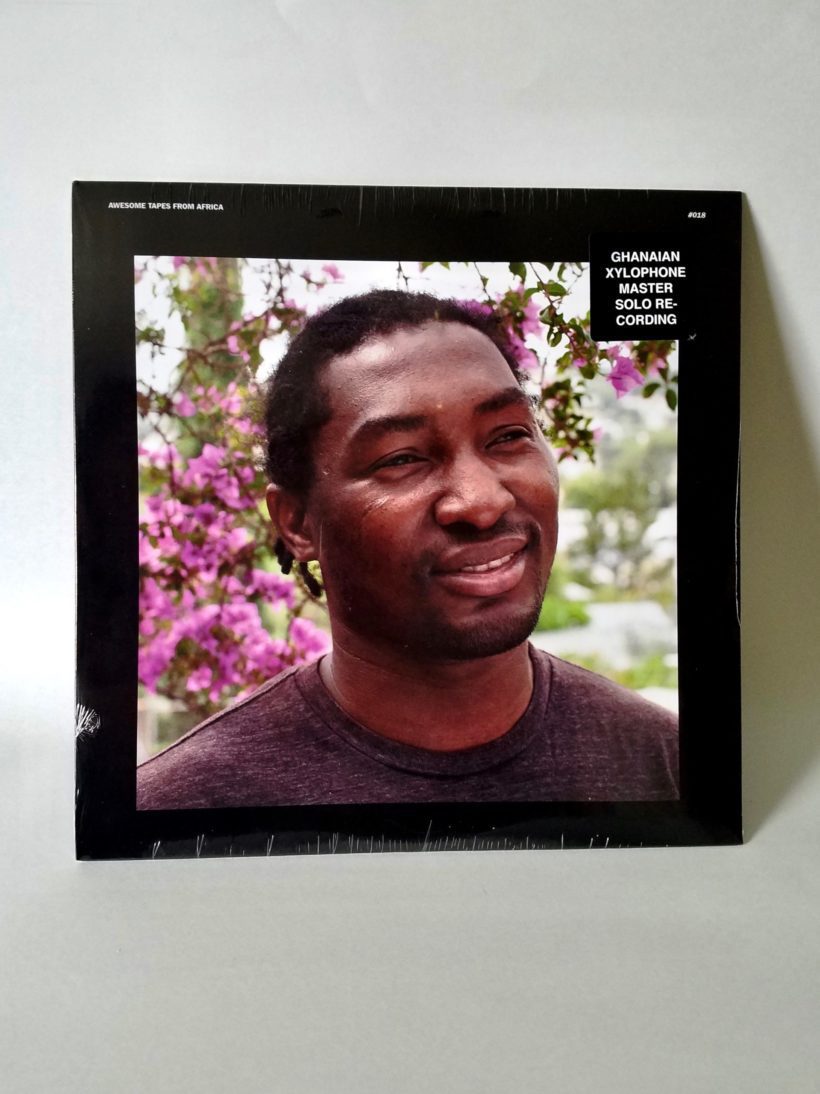 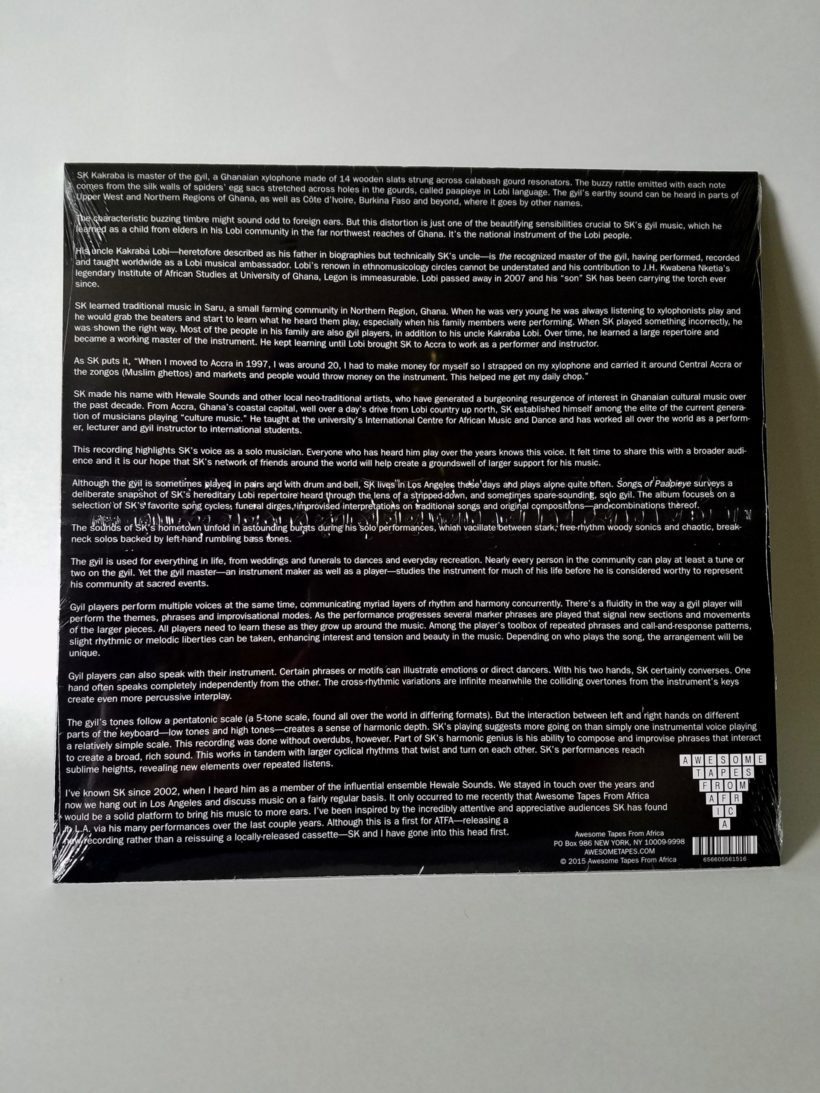 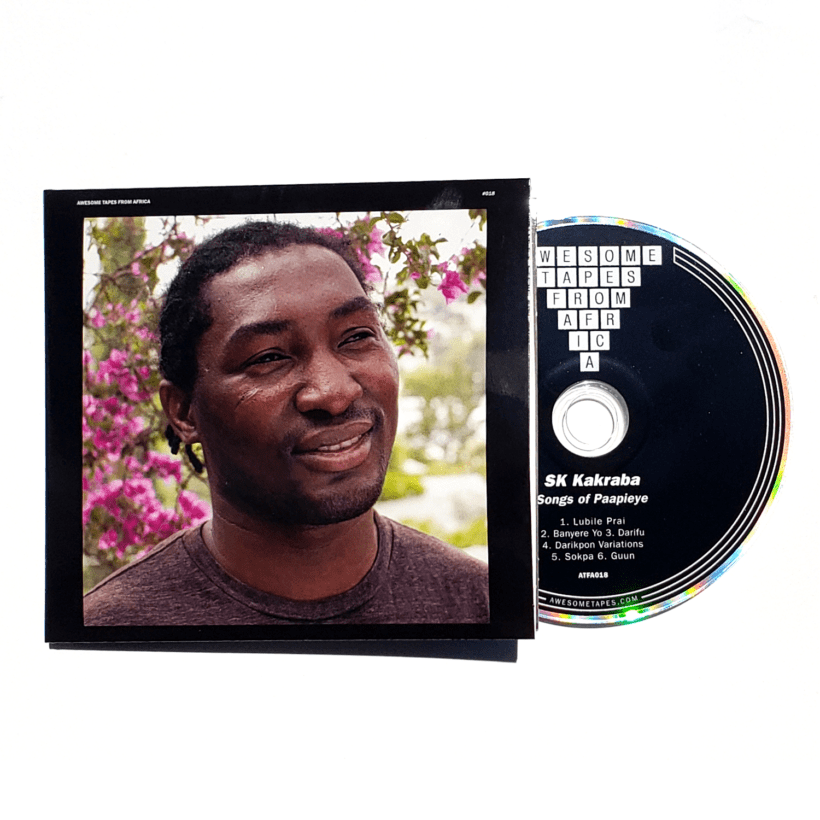 SK Kakraba is master of the gyil, a Ghanaian xylophone made of 14 wooden slats strung across calabash gourd resonators. The buzzy rattle emitted with each note comes from the silk walls of spiders’ egg sacs stretched across holes in the gourds, called paapieye in Lobi language. The gyil’s earthy sound can be heard in parts of Upper West and Northern Regions of Ghana, as well as Côte d’Ivoire, Burkina Faso and beyond, where it goes by other names.

The characteristic buzzing timbre might sound odd to foreign ears. But this distortion is just one of the beautifying sensibilities crucial to SK’s gyil music, which he learned as a child from elders in his Lobi community in the far northwest reaches of Ghana. It’s the national instrument of the Lobi people.

SK and the gyil

As SK puts it, “When I moved to Accra in 1997, I was around 20, I had to make money for myself so I strapped on my xylophone and carried it around Central Accra or the zongos (Muslim ghettoes) and markets and people would throw money on the instrument. This helped me get my daily chop.”

This recording highlights SK’s voice as a solo musician. Everyone who has heard him play over the years knows this voice. It felt time to share this with a broader audience and it is our hope that SK’s network of friends around the world will help create a groundswell of larger support for his music.

Although the gyil is sometimes played in pairs and with drum and bell, SK lives in Los Angeles these days and plays alone quite often. Songs of Paapieye surveys a deliberate snapshot of SK’s hereditary Lobi repertoire heard through the lens of a stripped-down, and sometimes spare-sounding, solo gyil. The album focuses on a selection of SK’s favorite song cycles, funeral dirges, improvised interpretations on traditional songs and original compositions—and combinations thereof.

The sounds of SK’s hometown unfold in astounding bursts during his solo performances, which vacillate between stark, free-rhythm woody sonics and chaotic, breakneck solos backed by left-hand rumbling bass tones.

ATFA founder Brian Shimkovitz has known SK since 2002, when they met in Ghana. Having been inspired by the incredibly attentive and appreciative audiences SK has found in L.A. via his many performances over the last couple years, they decided to work together. Although this is a first for ATFA—releasing a new recording rather than a reissuing a locally-released cassette—SK and Shimkovitz have gone into this head first.