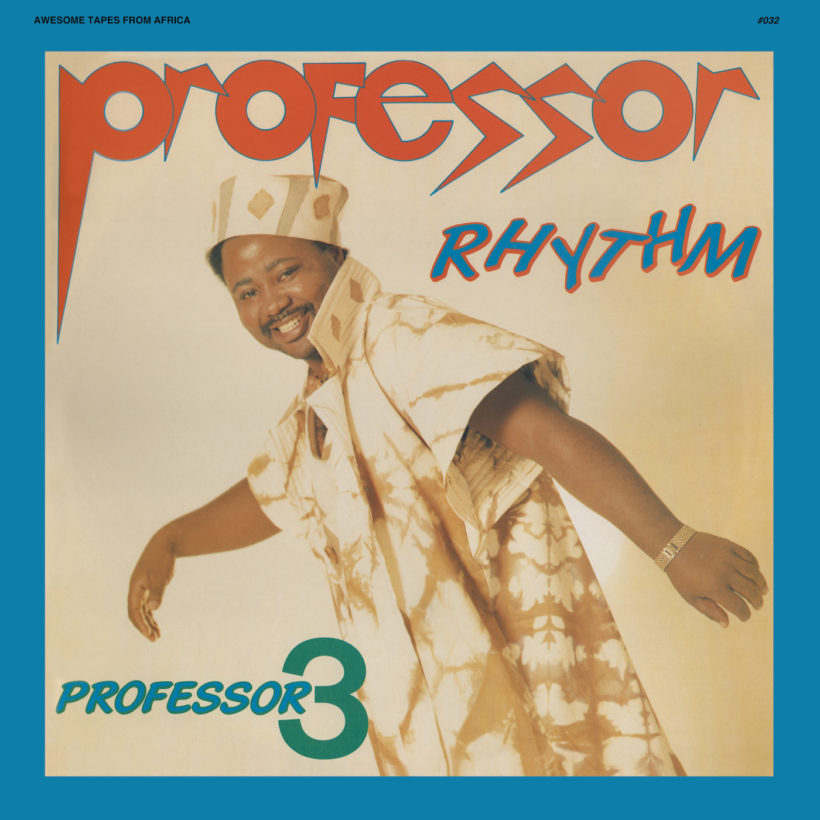 Reissue of the 1991 instrumental mbaqanga/kwaito classic!

Professor Rhythm’s 1991 recording Professor 3 is a vivid reflection of urban South Africa as apartheid was ending. Thami Mdluli’s production project had young and old dancing to a sound that sought to unite Blacks within Southern Africa. “Our music gave hope to the hopeless,” he says.

Mdluli’s third instrumental album (which contains some background vocals, to be exact), portrays the moment when the dominant mbaqanga and American R&B-based bubblegum sounds being produced in Johannesburg and other urban centers were transforming into house and hip-hop-inspired kwaito. The pop of the 80’s and all that went with it—from the models of synths and drum machines to the lyrical style—gave way to a changing melodic emphasis and new, much slower tempi using a completely different rhythmic skeleton.

Upbeat, chipper bubblegum, often with double-time breakdowns and upstroke syncopations, faded and the sounds began to more closely resemble those of contemporary Black America—where hip-hop was slowing down and the bass-lines and melodies were getting moodier, darker in general. At the same time house music had briefly reached mainstream acceptance in the States and that popularity continued to feed into awareness overseas. These two influences blended with the burgeoning house music scenes in Johannesburg and Pretoria as Professor Rhythm 3 was being produced in March 1991 (the same year apartheid ended). Mdluli explains, “We were Influenced by foreign bands and so people updated their sound.”

According to Mdluli, the evolving sound was bolstered by widening availability of house and rap records from abroad while, most importantly, an increasing sense that apartheid might soon be finished was met with a new positivity vibe society. “1991, ’92, ’93… Mandela was released. People were upbeat, they were happy, the music was good.”

Professor 3 came out on vinyl as the LP business was dying in South Africa and sold around 20,000 copies. It was mainly distributed on tape, which sold closer to 100,000. With the help of engineer Fab Rosso, the recording features backing vocalists from Mango Groove.

After making a half-dozen records as Professor Rhythm, Mdluli once again shifted his focus musically. By the mid-90’s he had veered off gospel music—and left playing in bands and started making his own solo recordings. His enormous success in the gospel realm in the years since is a remarkable story in its own right, but for now we are only dancing.