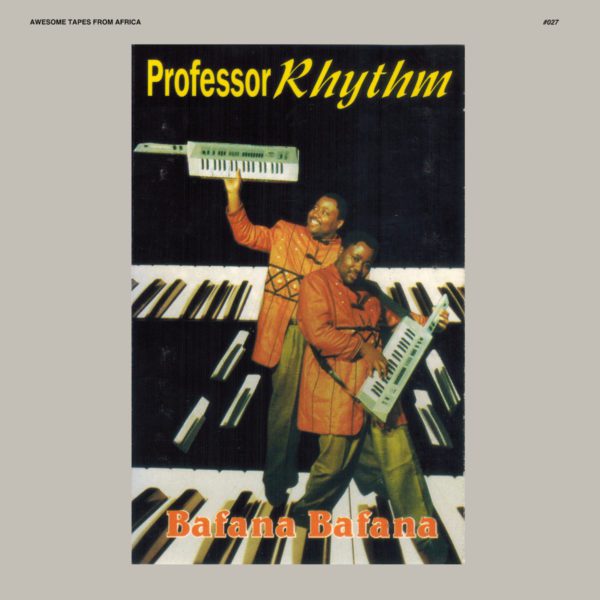 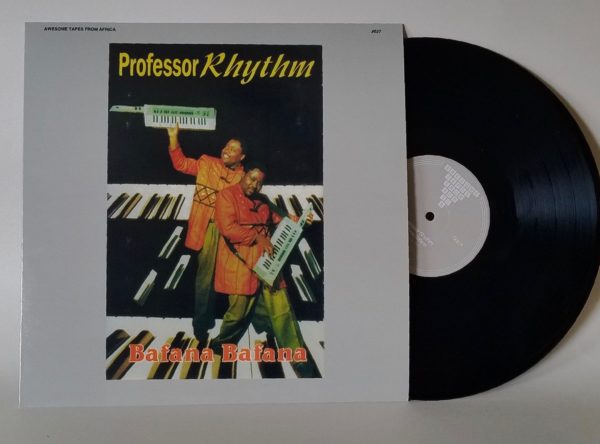 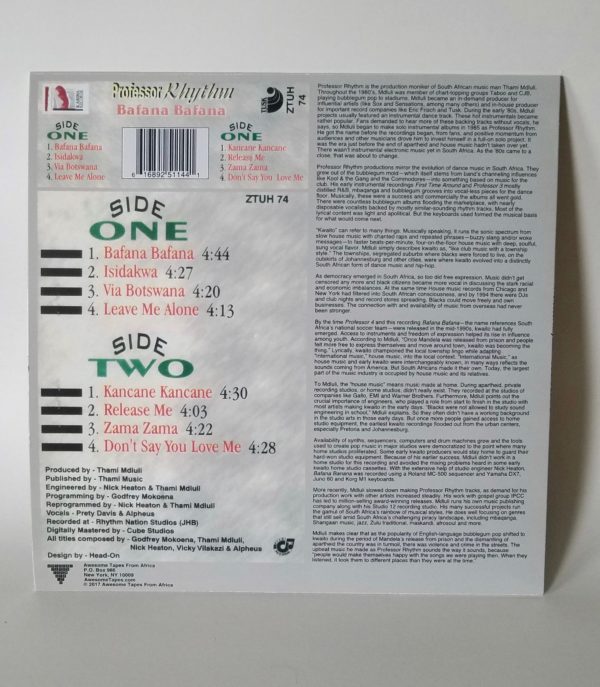 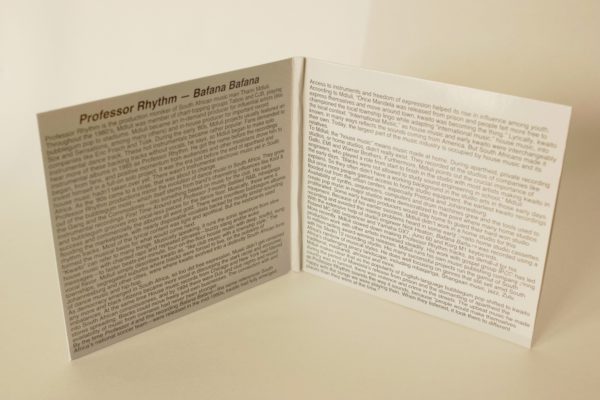 First time ever on wax, Professor Rhythm’s 1995 house music opus came out on cassette only.

Professor Rhythm is the production moniker of South African music man Thami Mdluli. Throughout the 1980’s, Mdluli was member of chart-topping groups Taboo and CJB, playing bubblegum pop to stadiums. Mdluli became an in-demand producer for influential artists (like Sox and Sensations, among many others) and in-house producer for important record companies like Eric Frisch and Tusk. During the early ’80s, Mdluli projects usually featured an instrumental dance track. These hot instrumentals became rather popular. Fans demanded to hear more of these backing tracks without vocals, he says, so Mdluli began to make solo instrumental albums in 1985 as Professor Rhythm. He got the name before the recordings began, from fans, and positive momentum from audiences and other musicians drove him to invest himself in a full-on solo project. It was the era just before the end of apartheid and house music hadn’t taken over yet. There wasn’t instrumental electronic music yet in South Africa. As the ’80s came to a close, that was about to change.

Professor Rhythm productions mirror the evolution of dance music in South Africa. They grew out of the bubblegum mold—which itself stems from band’s channeling influences like Kool & the Gang and the Commodores—into something based on music for the club. His early instrumental recordings First Time Around and Professor 3 mostly distilled R&B, mbaqanga and bubblegum grooves into vocal-less pieces for the dance floor. Musically, these were a success and commercially the albums all went gold. There were countless bubblegum albums flooding the marketplace, with nearly disposable vocalists backed by mostly similar-sounding rhythm tracks. Most of the lyrical content was light and apolitical. But the keyboards used formed the musical basis for what would come next.