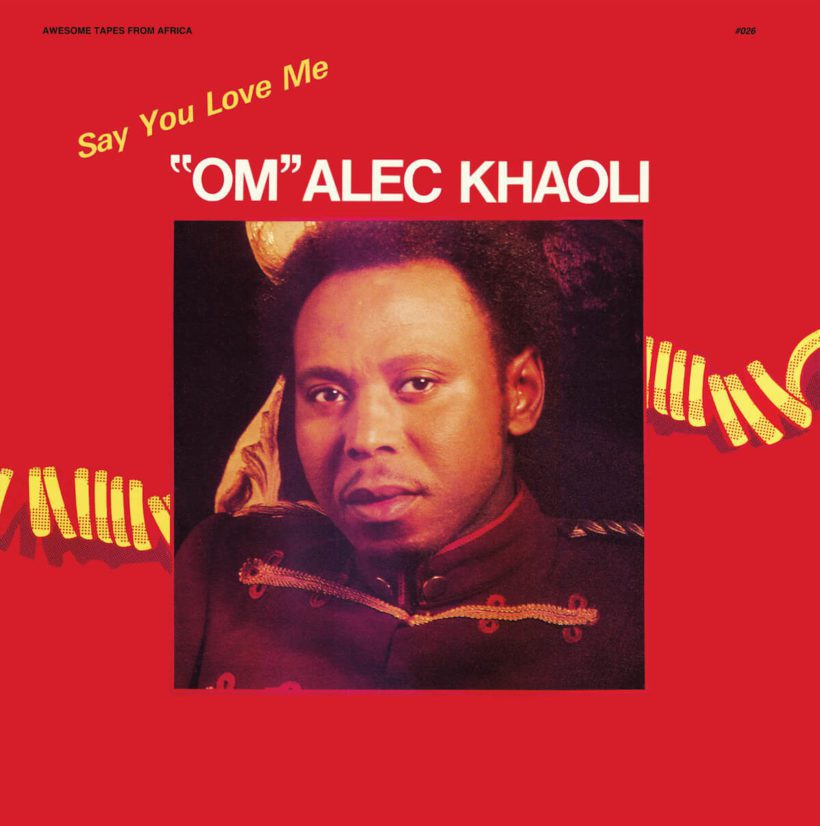 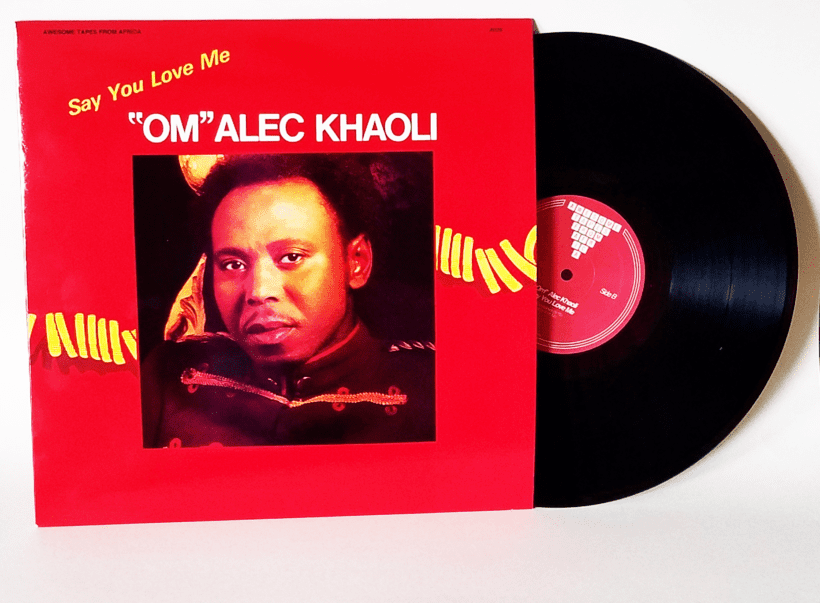 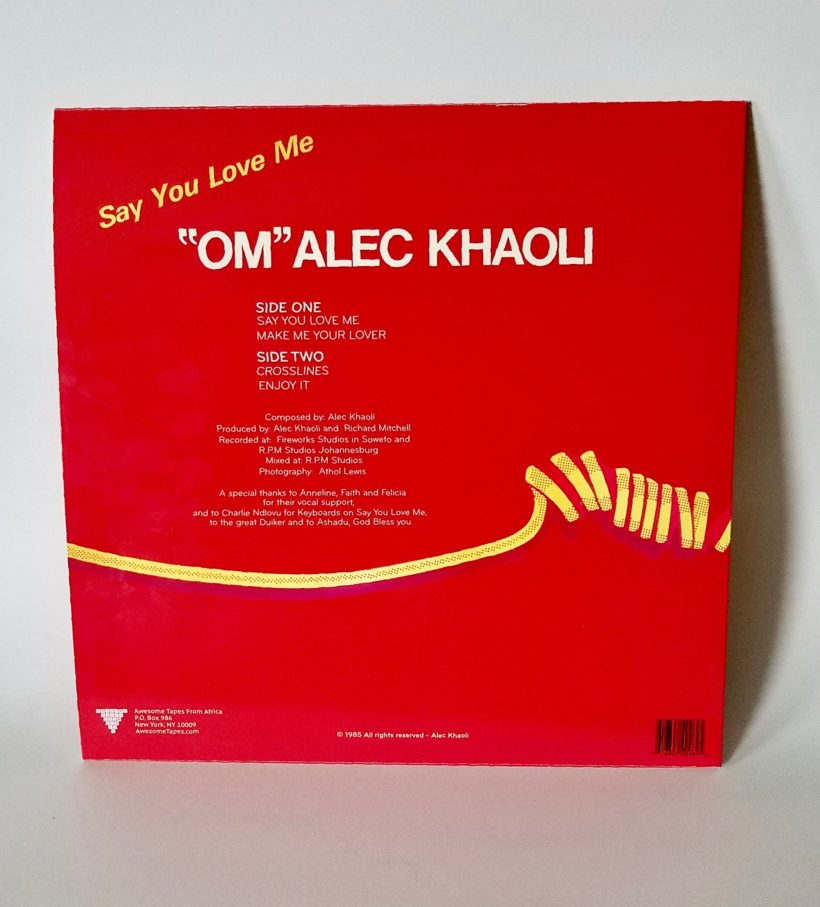 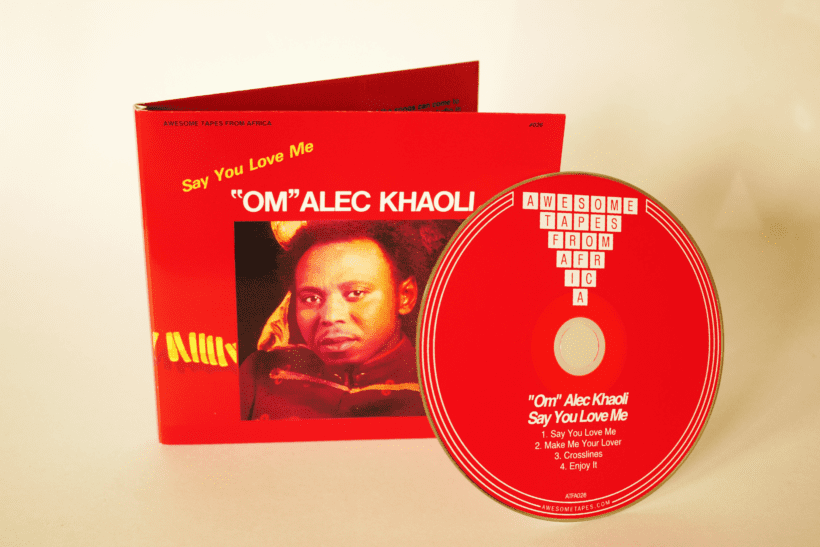 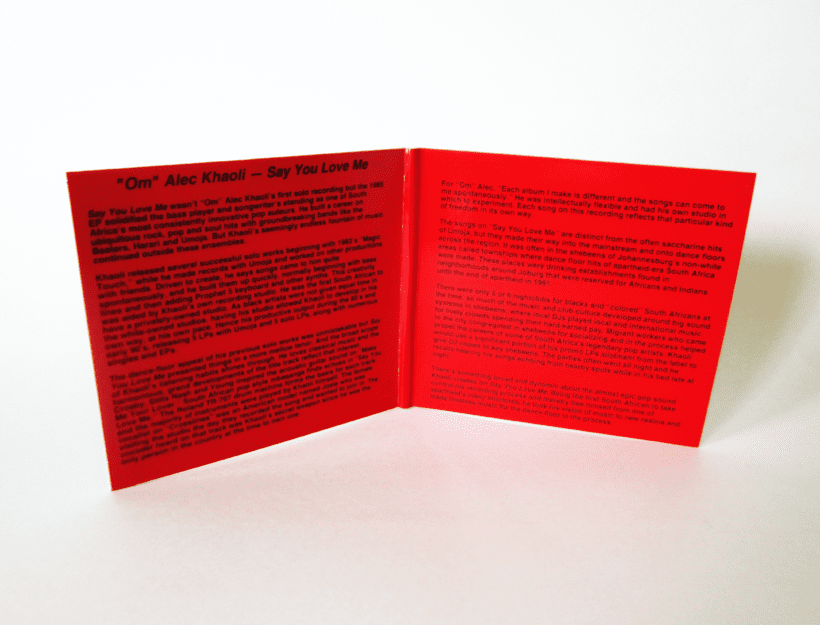 LP reissue of the rare pop/modern soul masterpiece by Om Alec Khaoli, recorded in 1985 and remastered for this ATFA release.

Say You Love Me wasn’t “Om” Alec Khaoli’s first solo recording but the 1985 EP solidified the bass player and songwriter’s standing as one of South Africa’s most consistently innovative pop auteurs. He built a career on ubiquitous rock, pop and soul hits with groundbreaking bands like the Beaters, Harari and Umoja. But Khaoli’s seemingly endless fountain of music continued outside these ensembles, where he usually played bass and contributed songwriting and vocals.

Khaoli released several successful solo works while he made records with Umoja and worked on other productions with friends. This creativity was aided by Khaoli’s own recording studio. He was the first South African to have a privately-owned studio. As black artists were forced to record during lunch breaks and didn’t get sufficient access and time in the white-owned studios, having his studio allowed Khaoli to develop in his own way. Hence his productive output during the 80’s and early 90’s, releasing 5 LPs with Umoja and 5 solo LPs, along with numerous singles and EPs.

The dance-floor appeal of his previous solo works was unmistakable but Say You Love Me presented things in a more mellow tenor. And the broad scope of Khaoli’s listening habits shines through. He loves classical music and the harmonious, grand developments of the title track reflect that interest. Crosby, Stills, Nash and Young inspired the acoustic guitar sound on “Make Me Your Lover.” South African pop style mbaqanga finds echoes in “Say You Love Me.” The Roland TR-707 drum machine forms the basis for each track, and the majority of instruments were played by Khaoli himself. The female vocal on “Crosslines” was an American model named Josie who was visiting the studio the day they recorded the song and wants to join in. The vocoder heard on that track was Khaoli’s secret weapon as he was the only person in the country at the time to own one.

There’s something broad and dynamic about the almost epic pop sound Khaoli creates on Say You Love Me. Being the first South African to take control his recording process and thereby free himself from one of apartheid’s many strictures, he took his vision of music to new realms and made timeless music for the dance floor in the process.