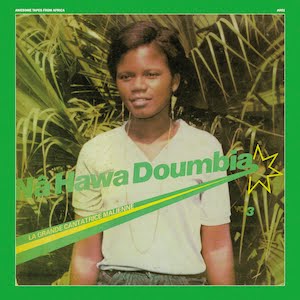 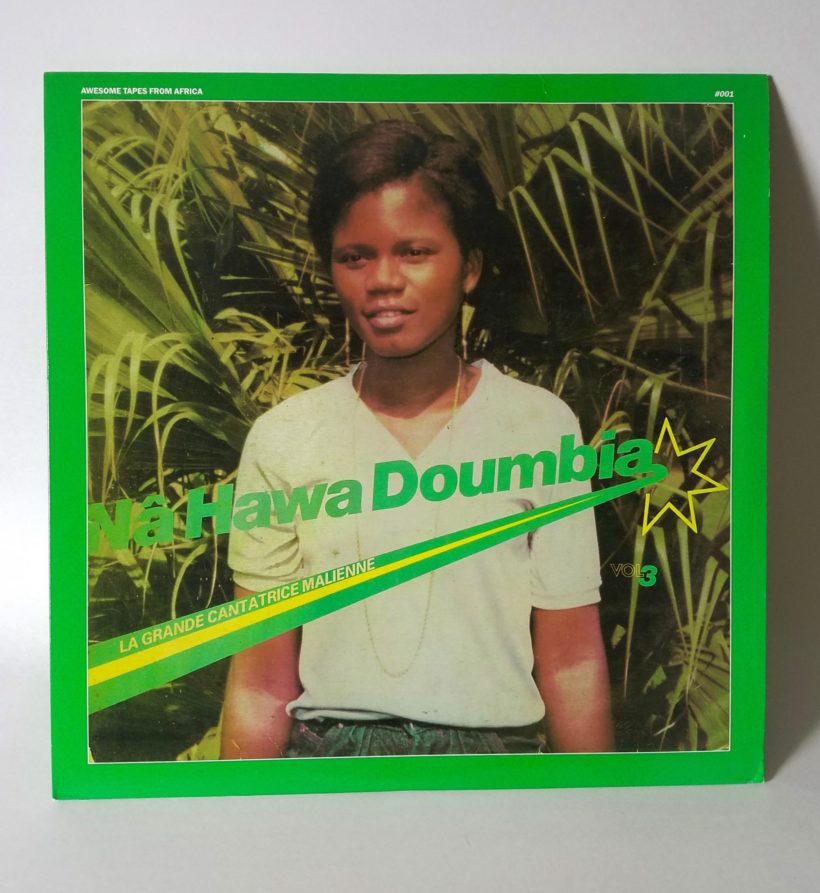 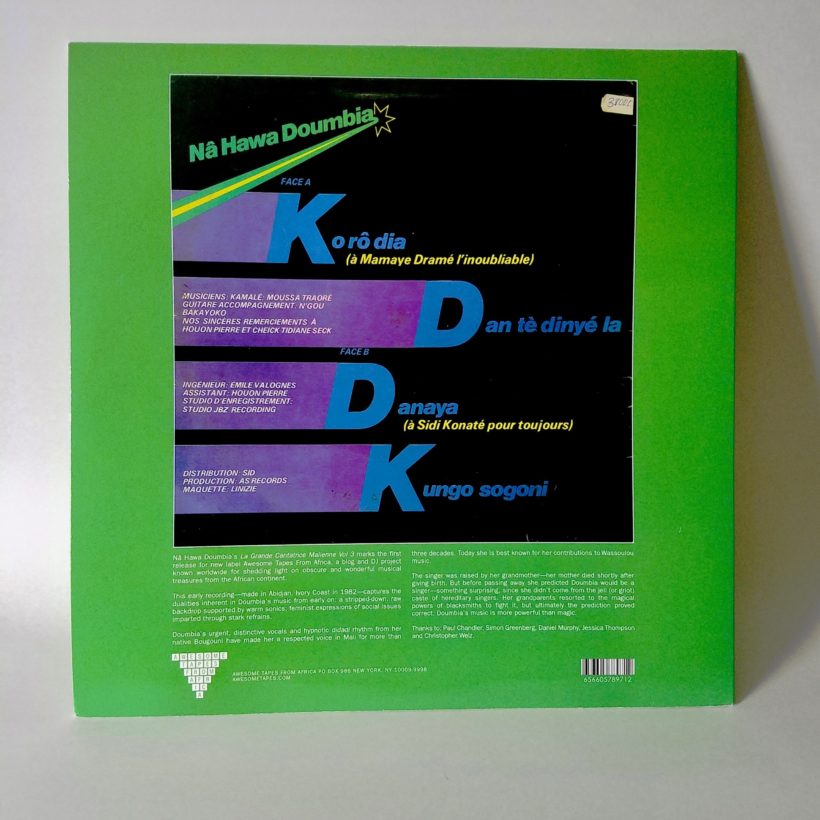 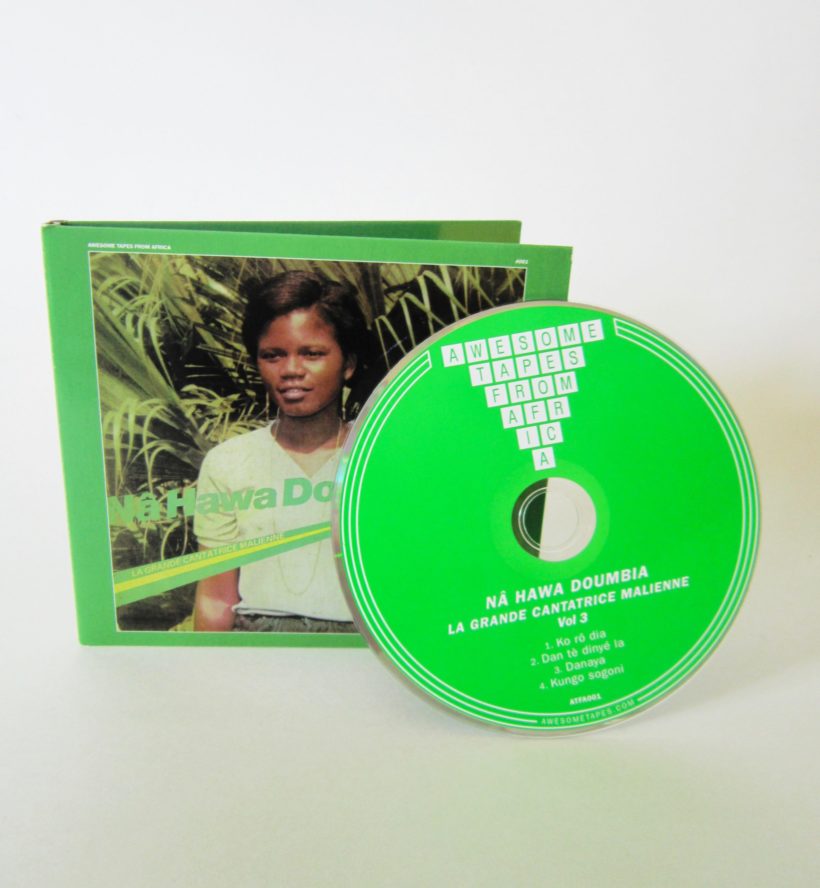 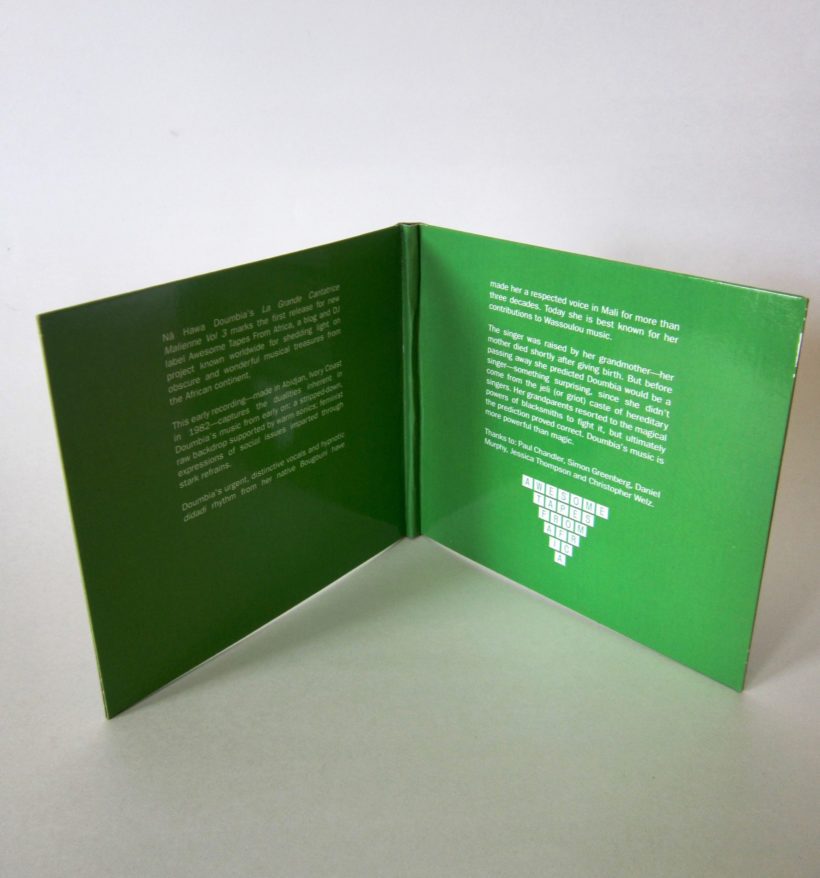 Brilliant LP from one of Mali’s greatest divas.

This early recording—made in Abidjan, Ivory Coast in 1982—captures the dualities inherent in Doumbia’s music early on: from a stripped-down, raw backdrop arise warm sonics; expressions of feminism and social issues imparted through spare refrains.

Doumbia’s urgent, distinctive vocals and hypnotic didadi rhythm from her native Bougouni have made her a respected voice in Mali for more than three decades. Today she is best known for her contributions to Wassoulou music.

The singer was raised by her grandmother—her mother died shortly after giving birth. But before passing away she predicted Doumbia would be a singer—something surprising, since she didn’t come from the jeli (or griot) caste of hereditary singers. Her grandparents resorted to the magical powers of blacksmiths to fight it, but ultimately the prediction proved correct. Doumbia’s music is more powerful than magic.