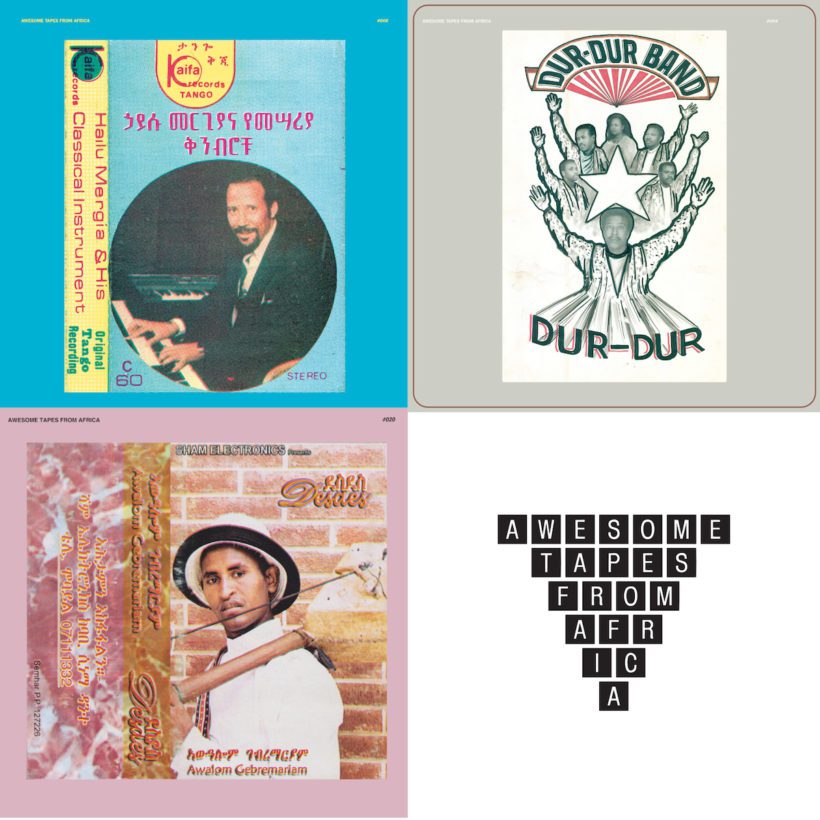 At the age of 28, Awalom Gebremariam arrived in the United States, following a years-long journey from Eritrea. He’d made it to a refugee camp in Ethiopia several years ago and eventually attained asylum status for passage to America. But before he left his hometown, Eritrea’s capital Asmara, he made his first and only recording so far, Desdes.

His songs appear to focus on love, but Awalom isn’t speaking about romantic love per se. Much of the music Awalom heard growing up was intertwined with Eritrea’s difficult and contentious split from Ethiopia.

He spent years waiting for the chance to escape economic and political turmoil at home. Now 29 and living in North Carolina, Awalom works in a restaurant and plans to bring his music to Eritrean communities across North America as well as newer listeners with whom his powerful sounds and remarkable journey will deeply resonate.

Dur-Dur Band emerged in the 1980s, during a time when Somalia’s contribution to the creative culture in the Horn of Africa was visible and abundant. Seeking inspiration outside the impressive array of Somali traditional music that was encouraged at the time, everyone from Michael Jackson and Phil Collins to Bob Marley and Santana were fair game.

This recording, which was remastered from a cassette copy source, is a document of Dur-Dur Band after establishing itself as one of the most popular bands in Mogadishu. The challenge of locating a complete long-player from this era is evidenced by the fidelity of this recording. However, the complex, soulful music penetrates the hiss. In a country that has been disrupted by civil war, heated clan divisions and security concerns, music and the arts has suffered from stagnation in recent years.

Incidentally, more than 20 years after Volume 5 (1987) was recorded at Radio Mogadishu, the state-run broadcaster was the only station in Somalia to resist the ban on music briefly enacted by Al-Shabab. Dur-Dur Band is a powerful and illustrative lens through which to appreciate the incredible sounds in Somalia before the country’s stability took a turn.

Hailu Mergia is a one-man band.

In 1985, master accordionist and veteran bandleader, arranger and keyboardist released the Hailu Mergia & His Classical Instrument cassette. In a nostalgic effort to bring back the vintage accordion sound of his youth, Hailu gave Ethiopian music a sonic makeover. He was already celebrated for his work with the groundbreaking Addis Ababa ethio-jazz and funk outfit Walias Band. With imagination and a visionary sense of the self-contained possibilities of modern music, he captured the popular sounds of the past using the modern tools of the day.