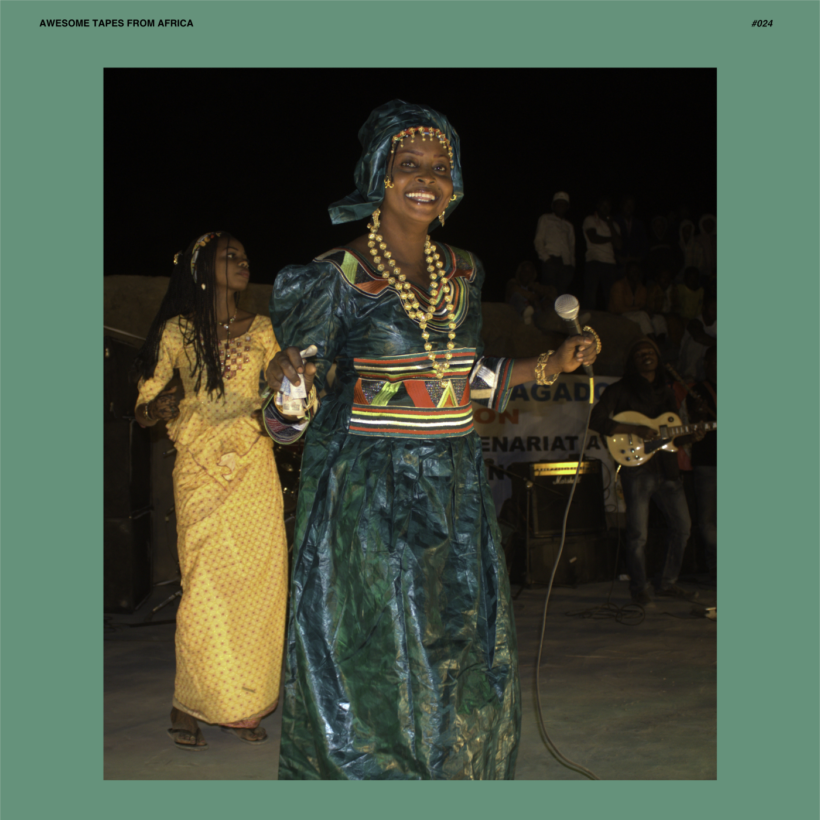 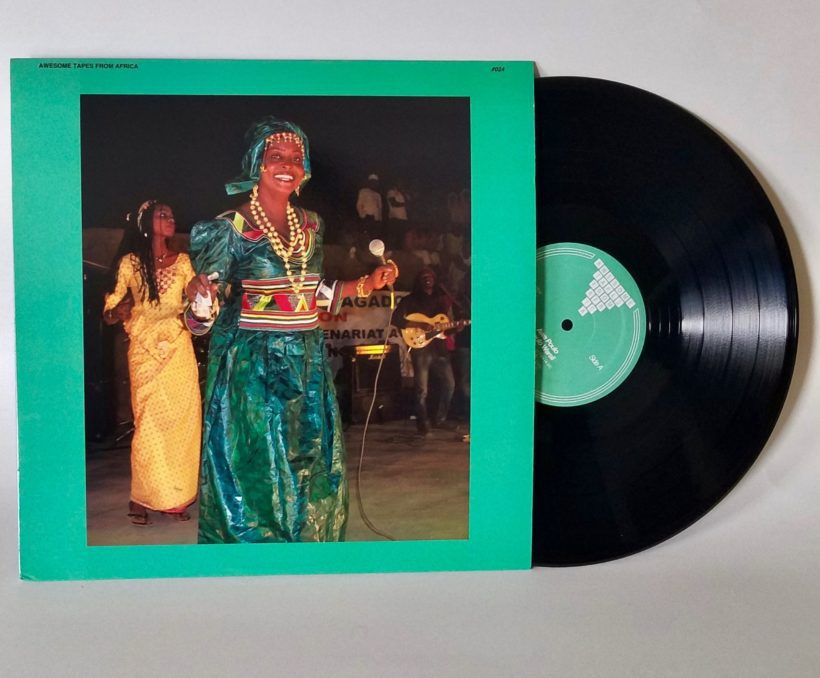 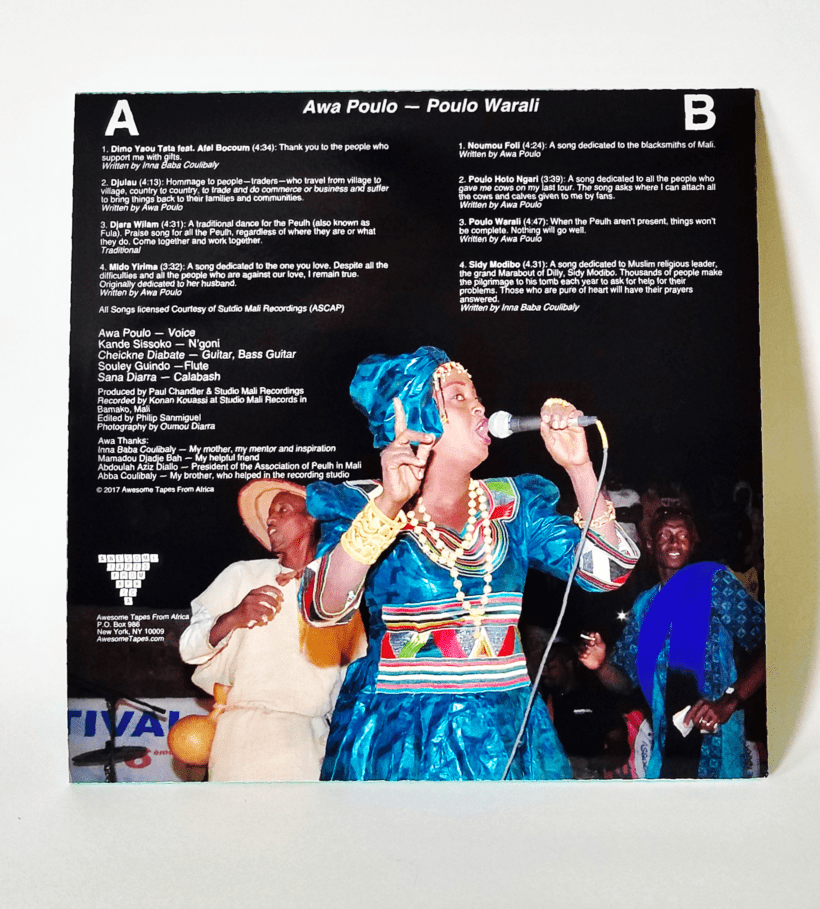 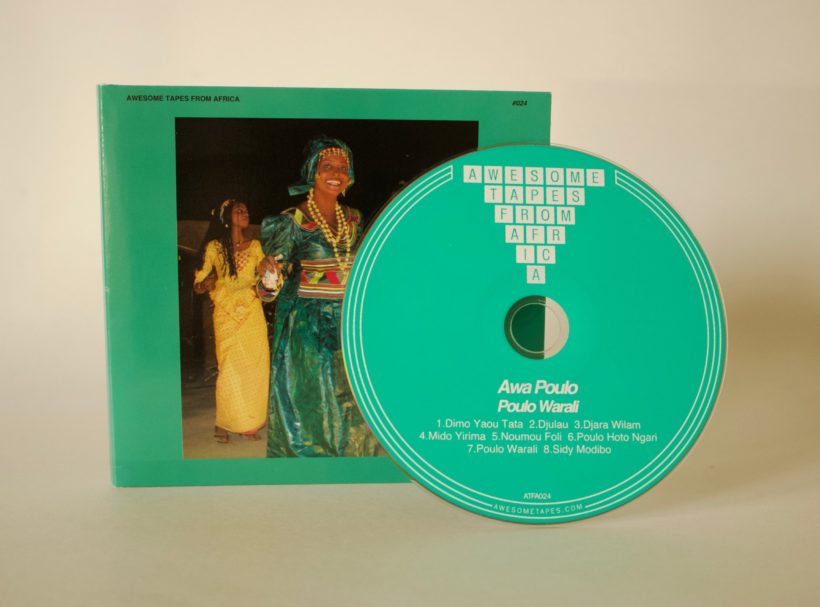 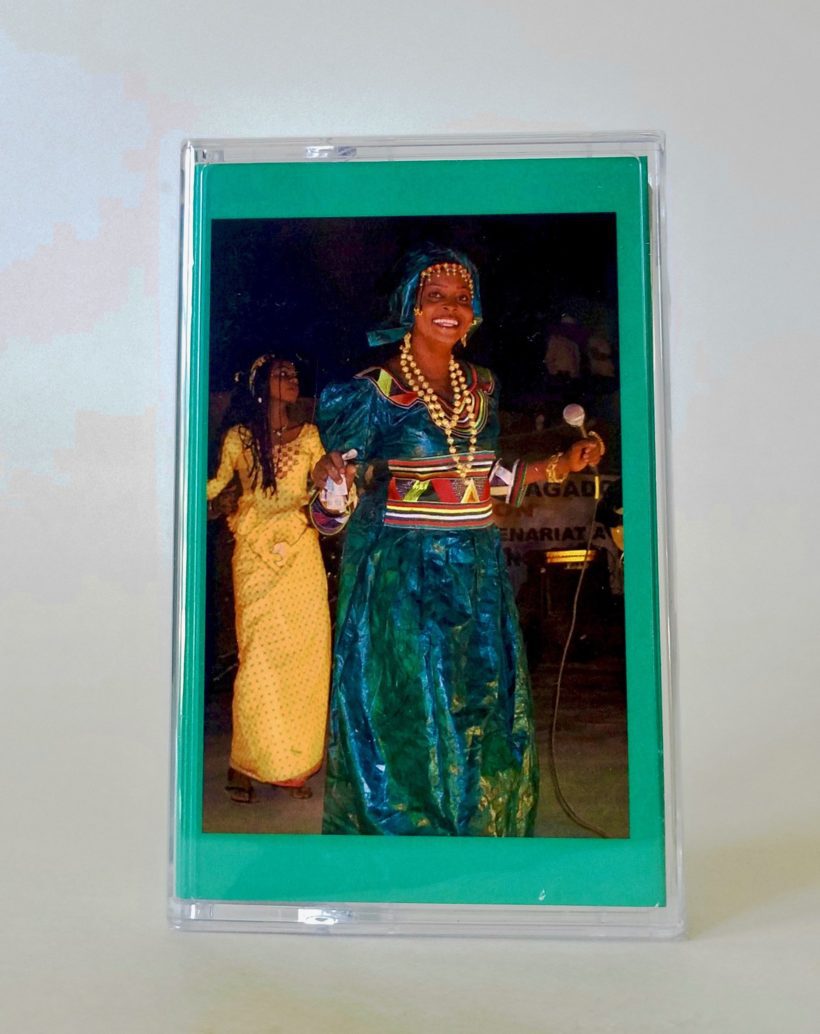 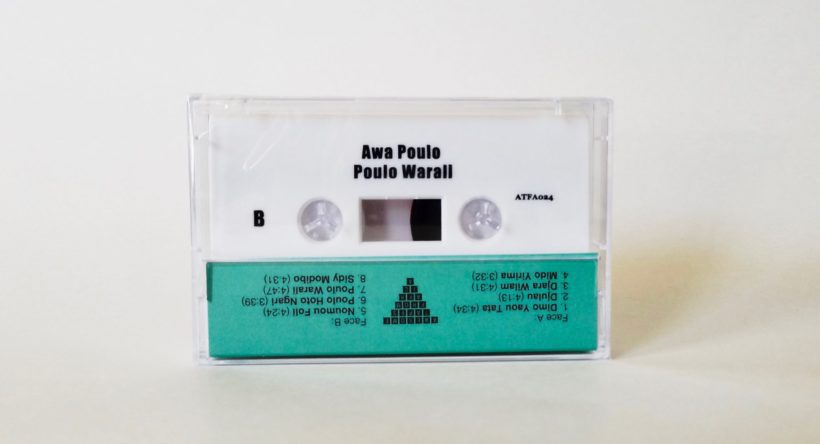 Beautiful vocals from Awa Poulo, and technically astounding accompaniment from her band. This is a new recording, not a reissue. Recorded in Bamako. Sounds wonderful on vinyl.

Awa Poulo is a singer of Peulh origin from Dilly commune, Mali, near the border with Mauritania. Largely pastoral and often nomadic, Peulh- (or Fula-)speaking peoples are found from Senegal to Ethiopia but predominate in the Sahel region of West Africa. Awesome Tapes From Africa is proud to release Poulo’s newest recording of highly virtuosic folk-pop, fresh from the studio, broadcasting her vision of Peulh music beyond the grazing grounds and central markets of her remote home region in southwestern Mali.

It’s not very common to find a female singer performing publicly among the Peulh. But Poulo’s mother’s co-wife is Inna Baba Coulibaly, who is a celebrated singer most Malian music fans know. Coulibaly herself was brought into music by forces outside her control when a regional music contest required an entry from her village and she was chosen to be a singer. So, set in motion by a surprising series of events, young Poulo’s entree into the music world was auspicious as she gained popularity across the region. After several locally released tapes and CDs, this record is Poulo’s first internationally-distributed record.

This is a relatively rare example of Malian Peulh music played in a modern, cosmopolitan context, reflecting the mixed society of Dilly, where Bambara, Soninke and Peulh-speaking people live among each other.
Poulo’s conscious lyrics about community concerns speak to the distinctive identity of her broadly-flung people. While Peulh represents less than 10% of Mali’s melting pot of languages, the dynamic music here powerfully resonates well beyond the linguistic borders.