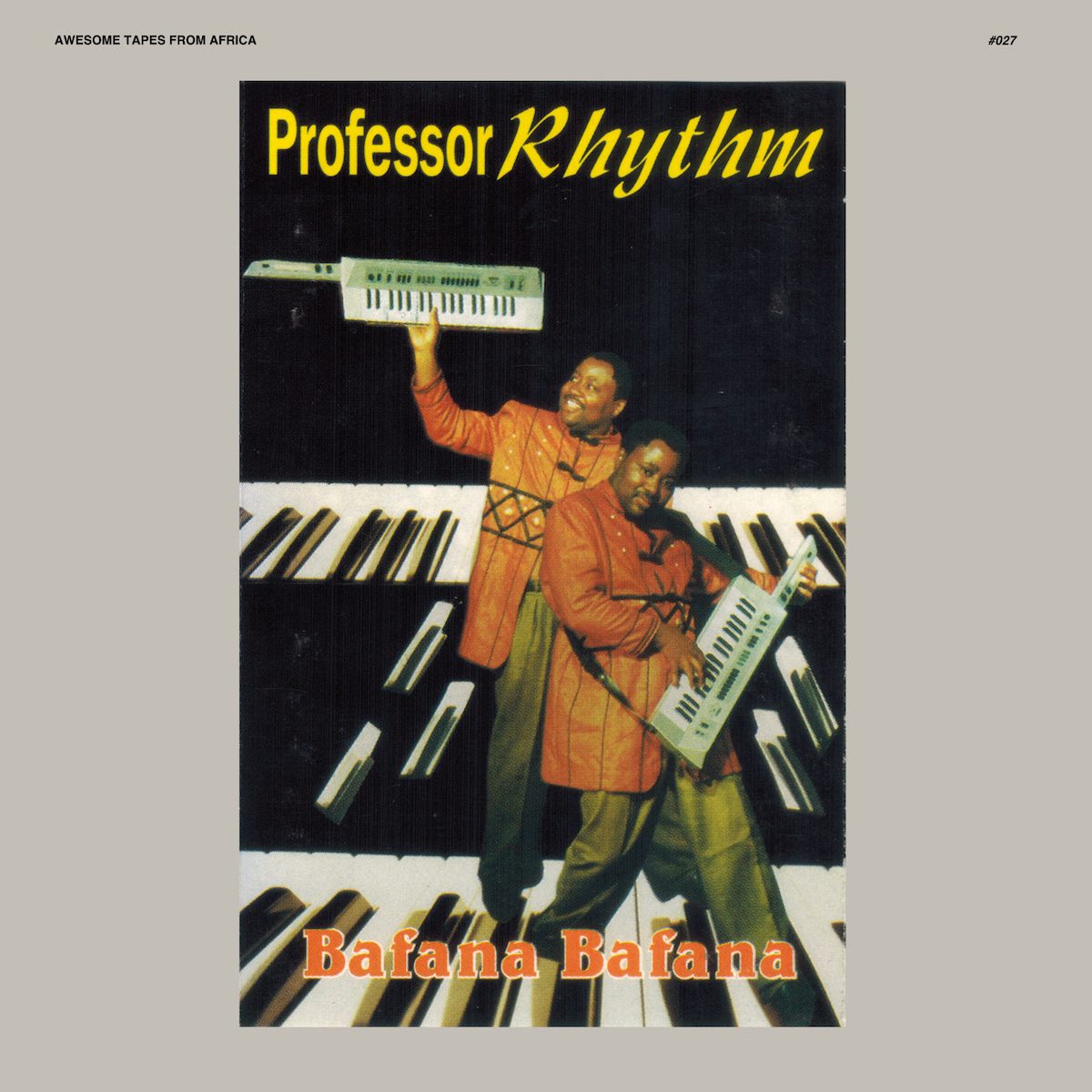 Mbaqanga and Kwaito and Proto House from 1990s South Africa by Thammi Mdluli a.k.a. Professor Rhythm. He was also formerly part of the legendary band Taboo, among many other projects.

Back in April of 2017 when I visited South Africa, I found a tape by Professor Rhythm I’d never sen before. When I met Thammi Mdluli for coffee later that week, he didn’t even remember this recording. Bafana Bafana is a very special album. I wanted to re-release it so we worked together to get this out last summer. It’s received a lot of love from chiller and dance-floor-killers alike.  These Professor Rhythm recordings are so interesting and distinctive. The way they blend international house music with local pop styles in an instrumental-oriented format (although many songs feature some vocals) is awesome.

Professor Rhythm productions mirror the evolution of dance music in South Africa. They grew out of the bubblegum mold—which itself stems from band’s channeling influences like Kool & the Gang and the Commodores—into something based on music for the club. His early instrumental recordings First Time Around and Professor 3 mostly distilled R&B, mbaqanga and bubblegum grooves into vocal-less pieces for the dance floor. Musically, these were a success and commercially the albums all went gold. There were countless bubblegum albums flooding the marketplace, with nearly disposable vocalists backed by mostly similar-sounding rhythm tracks. Most of the lyrical content was light and apolitical. But the keyboards used formed the musical basis for what would come next.

Professor Rhythm “Bafana Bafana” is out now on LP/CD/Tape/Digital! Pick it up from our good friends at Boomkat as well.

Finally, here is a review of another Professor Rhythm title we released, Professor 3.

Now available to buy on vinyl from Sound Shelter