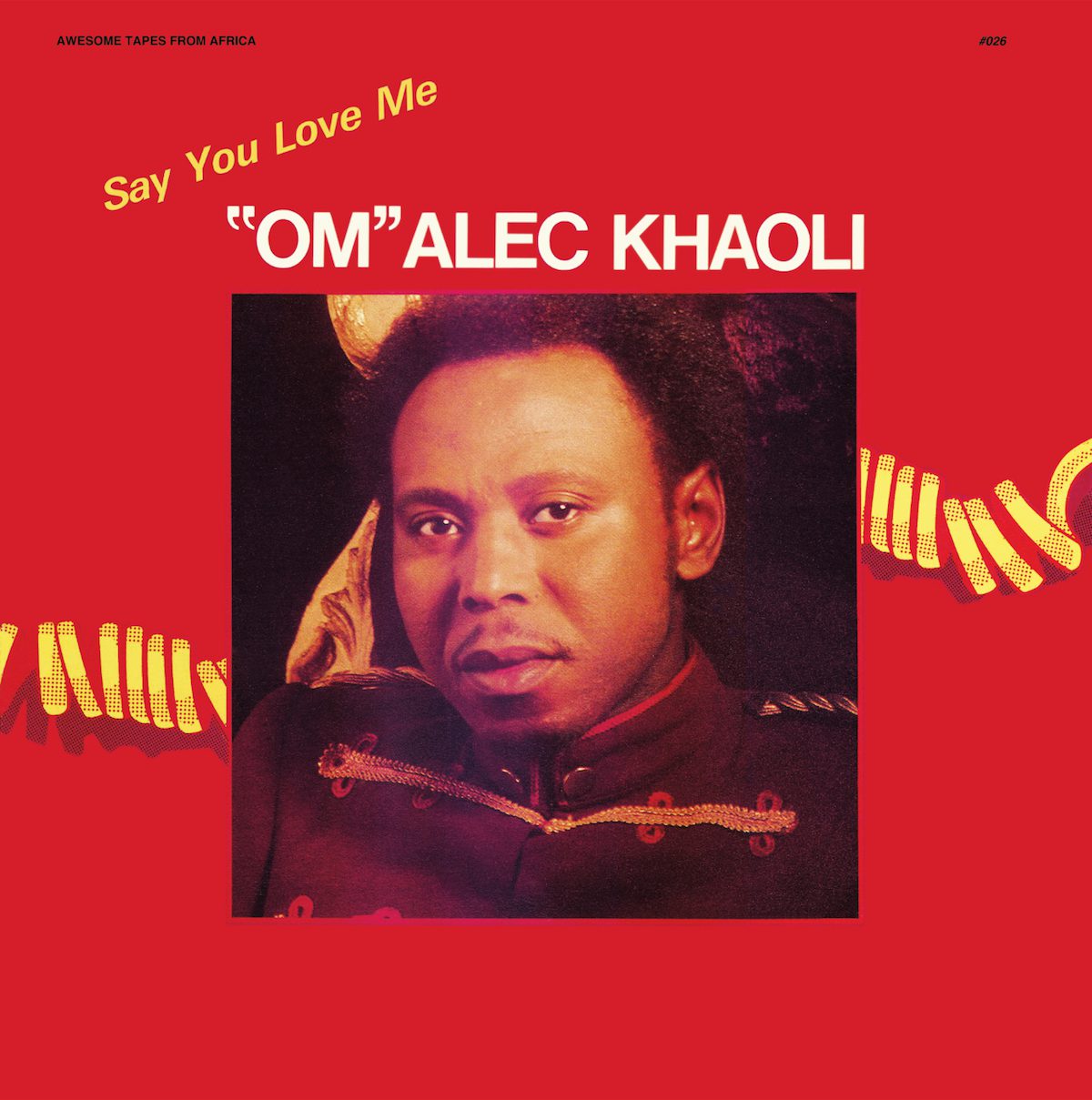 We’ve been so busy re-releasing albums that the blog has fallen behind. Forgetting to post about Om Alec Khaoli is bonkers though.

In June 2017 we released South African legend Om Alec Khaoli’s incredible dance floor chiller “Say You Love Me.” Among disco collectors and whomever, there has been tons of buzz out there about this recording over the years. We now have a solid piece of wax easily available sans ridiculous ‘scogs prices. If you like synths, sign up here…

Say You Love Me wasn’t Om Alec Khaoli’s first solo recording but the 1985 EP solidified the bass player and songwriter’s standing as one of South Africa’s most consistently innovative pop auteurs. He built a career on ubiquitous rock, pop and soul hits with groundbreaking bands like the Beaters, Harari and Umoja. But Khaoli’s seemingly endless fountain of music continued outside these ensembles.

Khaoli released several successful solo works beginning with 1982’s “Magic Touch.” Driven to create, he says songs came to him quite spontaneously, and he built them up quickly, normally beginning with bass lines and then adding Prophet 5 keyboard and other synths. This creativity was aided by Khaoli’s own recording studio. He was the first South African to have a privately-owned studio. As black artists were not given equal time in the white-owned studios, having his studio allowed Khaoli to develop in his own way, at his own pace. Hence his productive output during the 80’s and early 90’s. He released 5 LPs with Umoja and 5 solo LPs, along with numerous singles and EPs.

“Say You Love Me” LP and CD available now in our shop.

Wow, these are great. There’s a particular song I have been trying to get for years now, the only obstacle is I can’t remember the title of the song or the artist. I used to see the visuals on tv when I was a kid.

Only thing I remember is the artist is Nigerian, had curls, dark in complexion, and it’s a love song. I think it has a wedding scene sorta (traditional), this was on tv around the 90’s.

Also, how can fans contribute to this incredible work you’re doing?

thanks! send me an email at awesometapesfromafrica [at] gmail [dot] com

Hello!
I’m Alyssa Saldaña, General Manager of KCSB-FM in Santa Barbara. I love all of the tapes you have here and I was wondering if you’d be able to send us some. Many of these albums would get an ample amount of airplay on our radio station. Let me know if you can send us any, we’d really appreciate it!

Hi! I have so enjoyed listening to these for a while now. I was devastated to find that “Enjoy It” was taken off of Spotify in the US. Any info on this? Thanks!