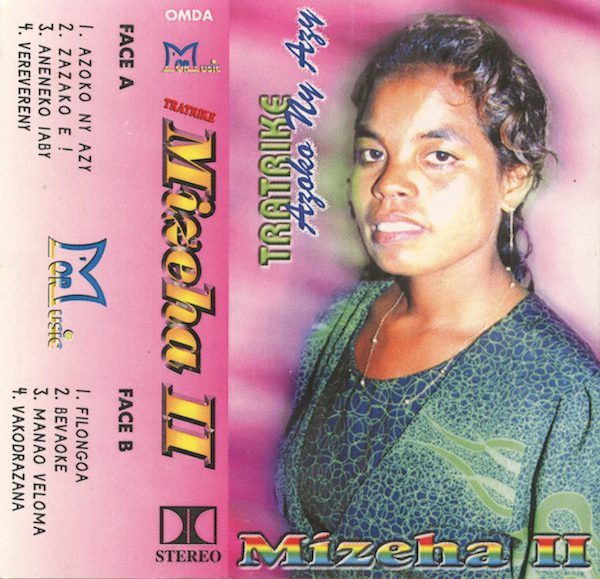 On our recent visit to Tulear, Madagascar, the Afropop team met Lamily, the lead guitarist, and Tsatsiky, the lead singer, of the tsapiky band Mizeha.  Since the mid-90s, this has been one of the most in-demand tsapiky acts for ceremonies–usually funerals, but also huge parties that last for days with non-stop tsapiky music. Mizeha means something like “young people gathering in a high place,” and the spot where Lamily and Tsatsiky, who are married, live seems to qualify. It’s perched on a high sand dune overlooking the town of Tulear and St Augustine Bay–very sweet. Their lives are tough as there are less ceremonies these days, mostly on account of deteriorating security in the countryside, but they seemed quiet determined to press on with their music-making. Lamily gave me a bunch of MP3s of their stuff, and I found it to be some of the best tsapiky I’ve yet heard.  That led me to look back at the cassettes from Afropop’s first trip to Madagascar in 2001.  That’s when I rediscovered this tape, Mizeha’s second, and a fine example of this great, giddy, guitar-driven dance music.

This is so very great, is it buyable ?

Wow, amazing. My muisical mind has been expanded, Love to all :O)

fantastic music -someone put it on a cd