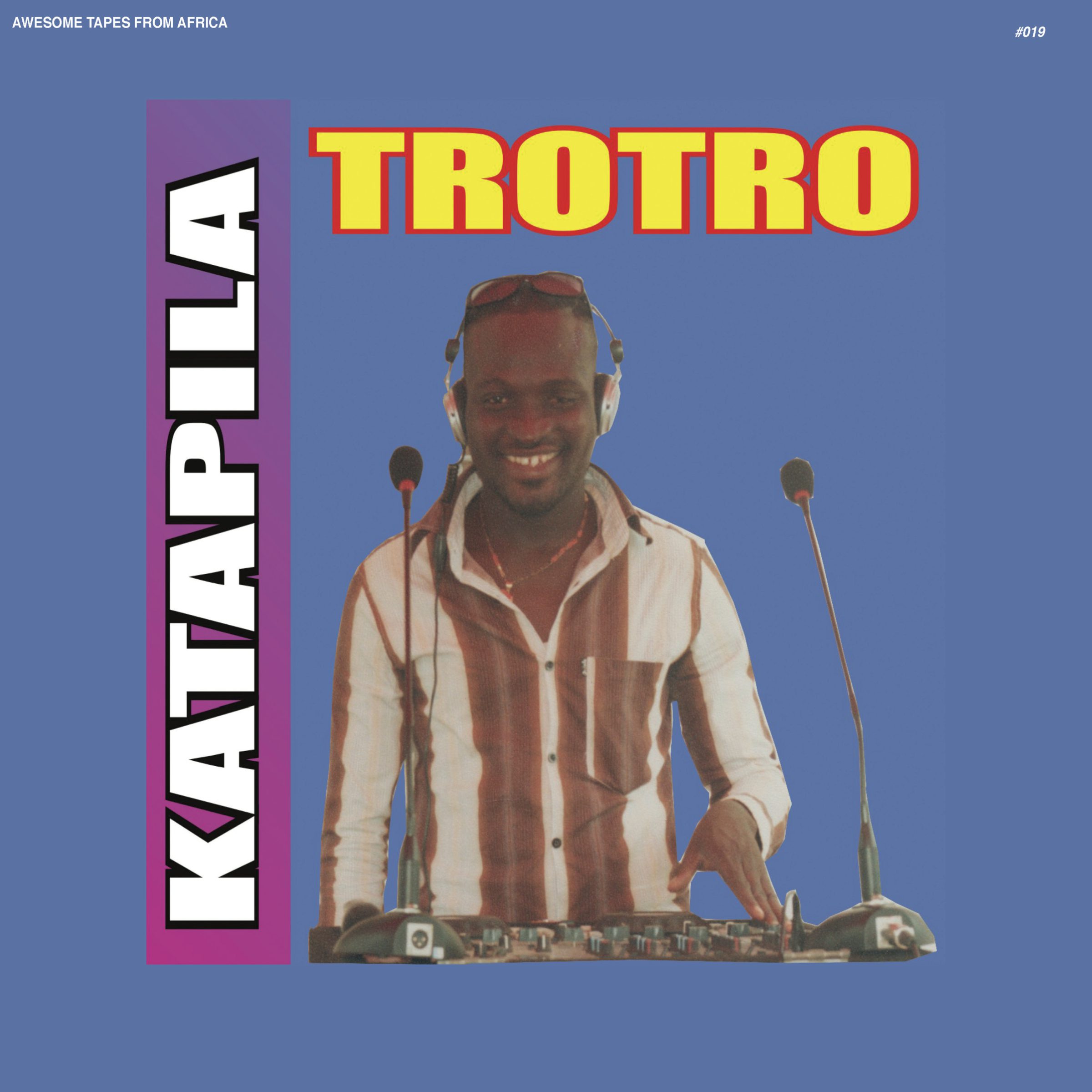 Coming out February 19 is the coolest thing I’ve heard in a whiiiile: DJ Katapila. I was walking in the market in Kumasi with Ata Kak last spring and we went to  a shop full of tapes. There were two bootleg Katapila tapes there, didn’t know what they were but when I heard them on the portable deck later that night I was pretty shocked! Ghanaian electronic music producer and hard-working DJ is a 42-year-old Fruity Loops head with an ear toward Detroit and Chicago dance music. His album from 2009 Trotro is available for pre-order at Boomkat and iTunes and elsewhere.

And a DJ mix by him that’s completely bonkers right here.

DJ Katapila makes Ga traditional music using electronic sounds instead of live percussion to create his own kind of what he calls house music.

However, the structure of Katapila’s sound directly descends from Ga musical lineage found around Accra. Neo-traditional dance music forms gome, kpanlogo and gyama are there.

DJ Katapila didn’t start producing music until he was 39 years old. Around 1998, began chanting and rapping in Twi and Ga during instrumental breaks of songs he was DJing. He added Yamaha DD11 electronic drum pads and sampler and invented new creations on the fly. Katapila then began experimenting with program beats using Fruity Loops on his laptop.

The Show: To the max | The Joint Radio Showreply

[…] genesis of the Trotro release comes after Shimkovitz found and approached Katapila with two pirated tapes. Katapila was […]

Africa rising: Space Echo and the cosmic sounds of Cape Verde | Before you go to UAEreply

[…] faster speeds can get an accompanying fix from another recent African treasure: DJ Katapila’s Trotro. Released by the enterprising label Awesome Tapes from Africa, which offers rich archival records […]

[…] of traditional dance styles also have a home on the label (check out last year’s Trotro), while Shimkowitz will DJ in […]

[…] interpretations of traditional dance styles also have a home on the label (check out last year’s Trotro), while Shimkowitz will DJ in […]

[…] interpretations of traditional dance styles also have a home on the label (check out last year’s Trotro), while Shimkowitz will DJ in […]

[…] experience Accra vicariously through this 9-track album, reissued earlier this year by Awesome Tapes From Africa despite an independent release in 2009. This much-needed publishing and publicity boost did well to […]

thank you for your amazing work