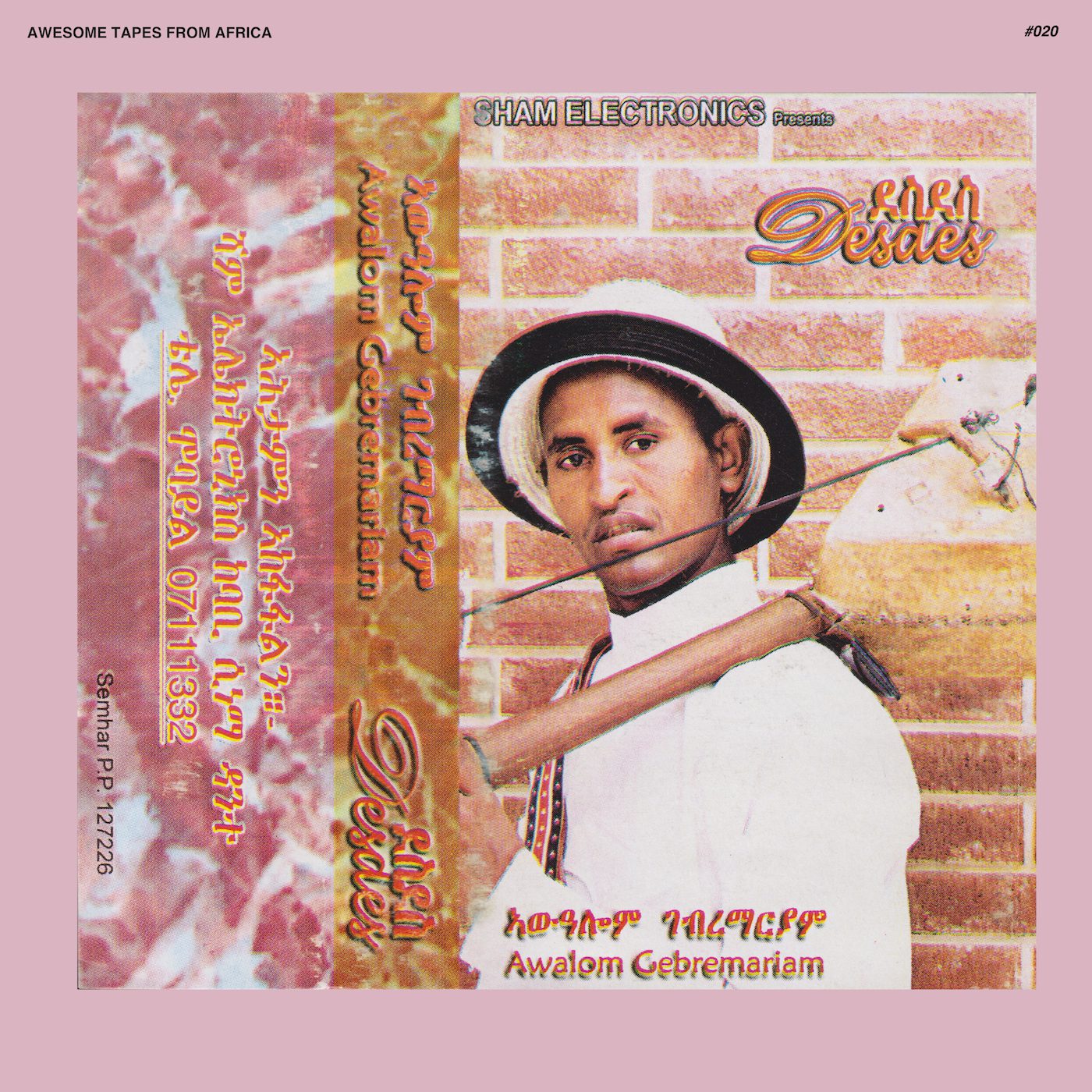 At the age of 28, Awalom Gebremariam arrived in the United States, following a years-long journey from Eritrea. He’d made it to a refugee camp in Ethiopia several years ago and eventually attained asylum status for passage to America. But before he left his hometown, Eritrea’s capital Asmara, he made his first and only recording so far, Desdes.

His songs appear to focus on love, but Awalom isn’t speaking about romantic love per se. Much of the music Awalom heard growing up was intertwined with Eritrea’s difficult and contentious split from Ethiopia.

He spent years waiting for the chance to escape economic and political turmoil at home. Now 29 and living in North Carolina, Awalom works in a restaurant and plans to bring his music to Eritrean communities across North America as well as newer listeners with whom his powerful sounds and remarkable journey will deeply resonate.

Previously posted on Awesome Tapes From Africa, here is the backstory/original post.

Listen to the song “Aadu.”

Happy 10th Birthday, ATFA!! You’ve given an enormous amount of enjoyment, education & eye-opening over those years, Brian – a HUGE thank you from us all, not only for introducing us to such a wide range of countries & styles,, but also for the initiative of finding those ‘old’ artists & making sure they get some of the benefit of their new worldwide audience. You are a hero of our times!

Hello buddy, you have a nice blog here, so many rare things, congratulations my friend.

Fantastic music !!! hope Awalom Gebremariam will have opportunity to export his music

Brian Shimkovitzreply
– In reply to: Annie